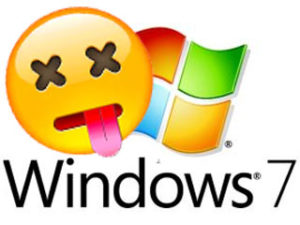 Windows 7 Support officially ends on January 14th, 2020. After a good run, it’s finally time to upgrade to Windows 10. Though 7 was released in 2009, it’s not the same operating system it once was. Microsoft continuously patched 7 over the years to provide support for each new generation of hardware and software, keeping it relatively up to date. Windows 10 is a modern and constantly evolving system, which will be updated seamlessly as a service vs previous Windows versions.

Many hold Windows 7 near and dear, being the system they have used for the last decade, even touting it as a better system than 10. Migrating to a new operating system is a big leap for some users who would rather stick to what they know, and avoid the learning curve of a new system. Thankfully, Windows 10 is quite similar to Windows 7 in base features, and is not as difficult as Windows 8 was to transition to. In addition, upgrades to Windows 10 from Windows 7 are often seamless, with most software continuing to work after the upgrade. This is a stark contrast to the nightmare that was upgrading from XP to 7, which often required a complete reinstall.

We highly recommend any business users, or users with critical data upgrade to Windows 10. While Windows 7 will still be a usable operating system for some time, its lack of security patches and software support means that data will be less secure, and newer versions of software may not run properly. Windows 7 is no longer HIPA compliant, and thus many businesses will be forced to upgrade in order to stay compliant. At CNet System, we can help you migrate your Windows 7 network to run on Windows 10, including migrating legacy software and data.