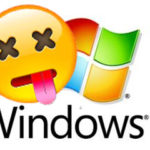 Windows 7 Support officially ends on January 14th, 2020. After a good run, it’s finally time to upgrade to Windows 10. Though 7 was released in 2009, it’s not the same operating system it once was. Microsoft continuously patched 7 over the years to provide support for each new generation of hardware and software, keeping it relatively up to date. Windows 10 is a modern and constantly evolving system, which will be updated seamlessly as a service vs previous Windows versions. Many hold Windows 7 near and dear, being the system they have used for the last decade, even touting […]