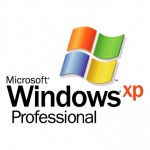 Windows XP Support officially ended on April 8th 2014, and after a good run, it’s finally time to upgrade. Though XP was released in 2001, it’s not the same operating system it once was. Microsoft continuously patched XP over the years to provide support for each new generation of hardware and software, keeping it relatively up to date. Windows Vista and 7 expand on this by rewriting the whole operating system to be built upon those newer technologies. Despite being over 12 years old, Windows XP has held a significant market share in the face of more modern operating systems. […]